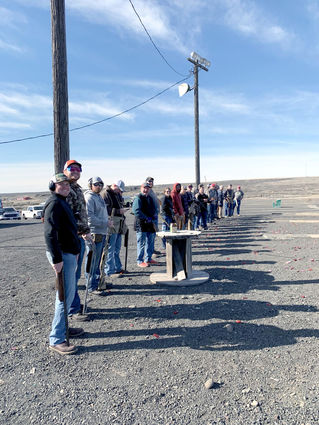 The Marlin/Odessa Gun Club, competing in Division I of the Spokesman-Review Inland Northwest Trapshoot, placed second overall after the eight-week session's final shoot on Feb. 23. Marlin/Odessa was only four targets off the pace set by first-place Yakima Valley Sportsmen. In the women's division, M/O finished week 8 with a flourish, getting their best score of the season and moving up from sixth place to fourth in the final standings. The top individual scorers for the team were Shelby Smith, Shelby Brashear, Shana Galloway and Carmen Eckhardt. In the youth division, the team finished in...