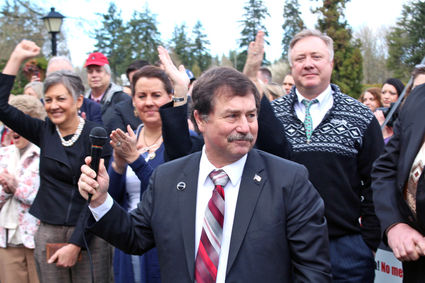 Despite the governor's warning to avoid crowds in the wake of the coronavirus, hundreds of concerned parents and residents converged on the Capitol Wednesday to protest Saturday's passage of law to mandate comprehensive sex education from kindergarten through 12th grade in the state of Washington.

The Informed Parents of Washington organized the protest in an effort to urge Gov. Jay Inslee to veto the controversial Senate Bill 5395, which was passed by the Democratic majorities in both the senate and house and now awaits his signature.

Parents and children held signs urging the governor to...