By Jeremy Burnham
The Times 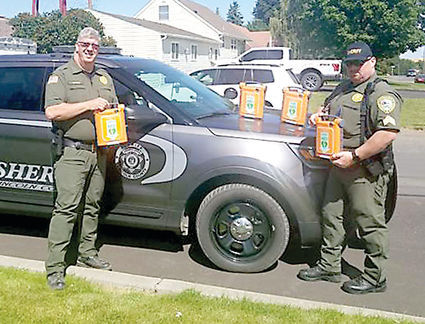 Lincoln County Sheriff Wade Magers, left and Sgt. Mike Stauffer are pictured together in a photograph from the sheriff's Facebook page.

"It is with a heavy heart that we report the passing of our beloved Sgt. Michael Stauffer," Sheriff Wade Magers said on Facebook. "Mike began his career at the Lincoln County Sheriff's Office in November of 1996, where he began serving the citizens of Lincoln County as a corrections and dispatch deputy.

In February of 1998, Mike transferred within the organization to patrol deputy. Deputy Stauffer served in that capacity until May of 2012, when he was promoted to the r...