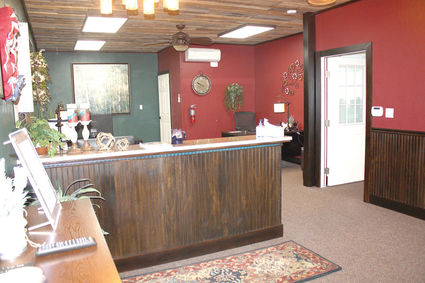 LocalTel has remodeled a local building and opened a downtown Odessa office.

The office is in the space previously occupied by New Image Salon and the seating area adjacent to You're Grounded Coffee is in the former Veterans of Foreign Wars building.

The company purchased Odessa Office Equipment from Marlon and Melissa Schafer earlier this year, but opted to look for office space on First Avenue.

LocalTel is based in East Wenatchee but also has an office in Moses Lake.