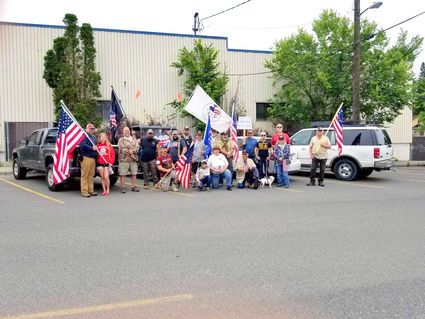 DAVENPORT - A group of local citizens recently marched through the streets of Davenport on June 20 to show their appreciation for local law enforcement during a difficult time in the United States. Bill Dehler, who helped organize the event, said he hoped the march let people in Lincoln County know they "aren't alone."

"I know a lot of people are alone right now and watching American cities burn on TV. They are watching the negative way the police and military are being treated. So we wanted to do the opposite and show support for the flag, for local law enforcement and for veterans," Dehle...