Secret Service thanks chief for efforts 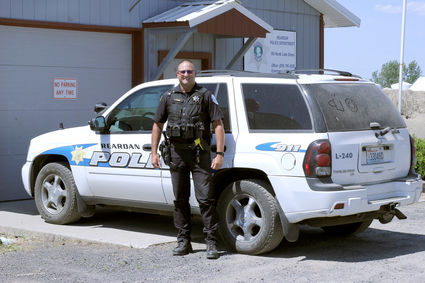 REARDAN — Police Chief Andy Manke was expecting to enjoy the local firework show on July 4. Instead, he ended up making a felony arrest that got him recognition from the Secret Service.

Manke observed Stephen A. Dalin, 34, driving a white 1995 Geo Metro eastbound with expired license plates, according to the arrest report.

“The back window was broken out,” Manke said. “A $3,000 mountain bike in the hatchback that just looked out of place, and the tabs were expired in March. So I was like ‘I’m gonna stop this car.’”