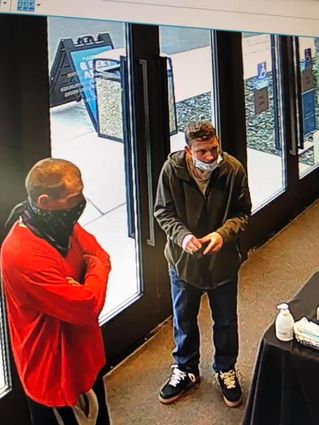 AIRWAY HEIGHTS--The police department has requested the public's help in identifying two suspects in a robbery case that occurred near 21st Avenue and Russell Street yesterday, Sept. 22 around 8:45 a.m.

According to a post on the department's Facebook page, a man asked two other males to give him a ride to his son's house in exchange for $10. The two men then beat the first man and stole his wallet.

The police department requested that anyone with information that could help identify the two ma...