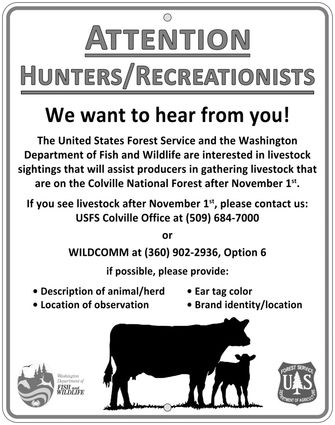 COLVILLE – The U.S. Fish and Wildlife Service announced in late October that it would be removing endangered species protections for wolves in the lower 48 states, essentially turning management of the predator fully to the state.

The federal agency had listed wolves as endangered in much of Western Washington until the Oct. 29 announcement.

As the state Department of Fish and Wildlife assumes the totality of the responsibility for wolves, with many of its action items seeming to focus on removing cattle instead of wolf management.

In October the state Fish and Wildlife Commission, which...