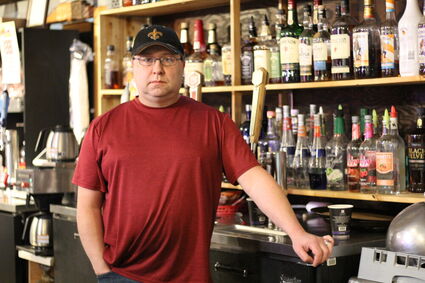 SpeedTrap Tap House owner Tim Hanni has seen his daily order count drop into single digits most days since the second round of restrictions. He attempted to open the restaurant a couple weeks ago, but was shut down after being reported.

REARDAN –The two main restaurants here, SpeedTrap Tap House and Dean's Drive-In have different setups, but lie across the highway from each other and have both faced their share of difficulties during the second round of restaurant coronavirus shutdowns mandated by Gov. Jay Inslee in November.

SpeedTrap attempted to not have to shut down. After talking with mayor Gail Daniels and police chief Andy Manke, who both said they wouldn't be enforcing any of Inslee's mandates personally, owner Tim Hanni tried to open for business a couple weeks ago. Doxie's Diner in Wilbur made the same decisio...