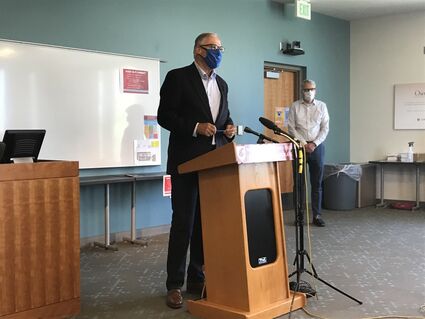 OLYMPIA – A defiant Gov. Jay Inslee defended his phased plan to open businesses by so-called "regions" during a press conference last week. "Everybody can have a rational argument against what we're doing, but you can't argue with the results, which is that we are ahead of 45 other states," he said.

According to Inslee, that translates to an extra 8,000 saved lives in the state with more than 700,000 individuals already vaccinated. Inslee's comments come as he finds himself under fire from Republican leaders, multiple counties and their health officials for being lumped – without statut...