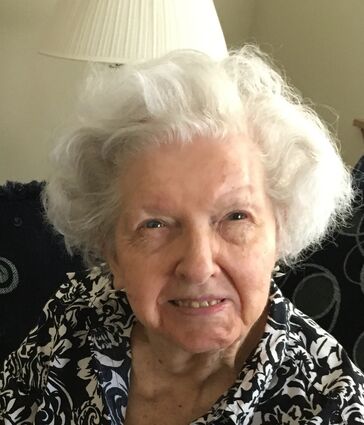 Elizabeth “Betty” May Long passed away in Spokane, Washington on January 7, 2021. She was born May 10, 1931 to Carl and Enny Lindberg in Hoquiam, Washington. Betty attended Hoquiam schools and was active in clubs and was a high school song queen. She graduated from Hoquiam High School in 1949. After graduation she was employed by Lamb Weston. Betty married Leonard E. Provost of Hoquiam and moved to Odessa, Washington in the early 1950’s. She and Leonard had three children -Lynette, Loreen “Reeni” and Carla. She was a Homemaker and Avon representative, then began work as the high school secretary at Odessa High School in 1969. She continued work there until relocating to Bremerton, Washington in 1982 where she worked as a special services bus aide for the Central Kitsap School District. Upon her retirement she relocated to Spokane to be closer to family. Betty was active in the Odessa, Bremerton and Spokane communities. She was a member of and attended the English Congregational Church where she joined the Fi-We group. She was also a camp counselor for Camp N-Sid-Sen on Lake Coeur D’Alene. Betty enjoyed bowling at the Odessa Lanes and traveled to many state bowling tournaments. She volunteered for the American Heart Association heart fund campaign and supported various school activities while her children attended Odessa schools. Betty had a strong connection to her Scandinavian heritage and was given the opportunity to host a Norwegian exchange student, Anne Hovland of Notteroy, Norway who had a recent visit with Betty in Spokane. Betty was also a Reading Buddy in the Spokane Public Schools and volunteered at the Union Gospel Mission food services. She enjoyed visiting new restaurants and dining out with family and friends and often requested trips to get her favorite frozen yogurt. Betty attended and was a member of Park Heights Baptist Church. She regularly visited Glen Dow Academy and recently was interviewed by the Spokesman Review as a “regular” customer during Glen Dow’s 50 year celebration. Betty had the opportunity to travel with high school friends, family and other friends to such areas as New York, Hawaii, Alaska and the Oregon coast. By far one of the most favorite things she loved to do was shop. She enjoyed visiting shopping malls all over the State of Washington and the Inland Northwest and loved finding bargains. She was likely considered a regular at The Crescent or Bon Marche’ department stores, often being remembered by store associates and getting to know them on a first name basis. Betty was a loyal supporter of Russell Wilson and the Seattle Seahawks and enjoyed watching the Gonzaga men’s and women’s basketball teams. Betty was preceded in death by her daughter, Loreen “Reeni” Geissler, brother Carl Lindberg, sister Katherine Asplund, niece Karen Mcguire and nephew Daryl St. Clair. She is survived by her daughters Lynette Provost of Spokane and Carla Slaughter (Daniel) of Spokane; grandchildren Kami Bowman , Travis Geissler, Danielle Lampi and Derek Slaughter; great grandchildren Iris Bowman, Kyrah Bowman, Bergen Lampi, Brody Geissler and Beckett Lampi; niece Arlene O’Connor, nephews Mike Vitalich, Ron Vitalich and Jim Lindberg. Others close to Betty’s heart include Pam Smith, Virginia, Vi, Cindy, Kristina and all the friends she made while residing at the Clare View South apartments for 16+ years. Please join us in honoring her profound love of life and family and friends by viewing this YouTube video made in her honor - (https://www.youtube.com/watch?app=desktop&v=buljkaipqr0&feature=youtu.be)

Memorials can be directed to Park Heights Baptist Church, Spokane, Washington http://www.parkheightsbaptist.com/ or Catholic Charities of Eastern Washington https://www.cceasternwa.org/. A celebration of her life will be held at a future date.