Davenport thumps Chewelah for first victory of the season 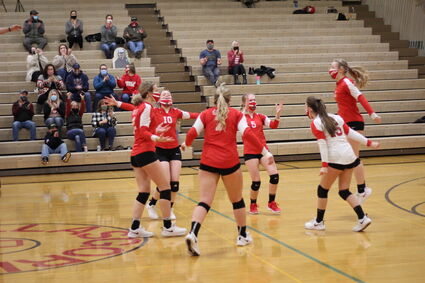 DAVENPORT-This time, it was the Gorillas doing the sweeping.

After getting swept in their first two matches against Lind-Ritzville/Sprague and Liberty, Davenport (1-2) bounced back in a big way Thursday with a convincing victory over the Chewelah Cougars (1-1) in straight sets (25-17, 25-7, 25-12).

It was Davenport's first victory over Chewelah since the two teams began playing twice a year in league play in 2018.

"The girls came out strong and they executed the things we practiced the day before," Davenport head coach Heather Jacoby said. "They did everything I asked of them, came out s...