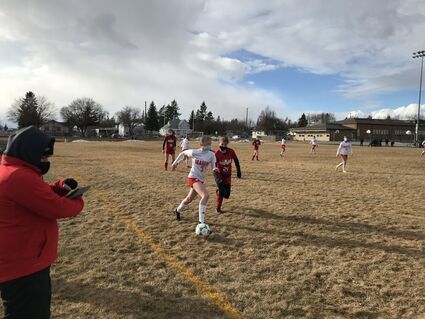 DAVENPORT-Some late-game heroics from Davenport's Darby Soliday were overshadowed by even later heroics from St. George's Margreit Galow. Galow scored a high-arching goal from about 25 yards out in the last minute and the Dragons (2-0) topped the Gorillas (0-1) 3-2 Thursday in Davenport's first game in 15 months after winning the state 2B title in 2019.

Soliday tied the game with her second goal with 6:30 remaining, but the celebration was short lived after St. George's steadily moved on the attack before Galow's goal. The game was called shortly afterwards.

"Both teams went through a lot...