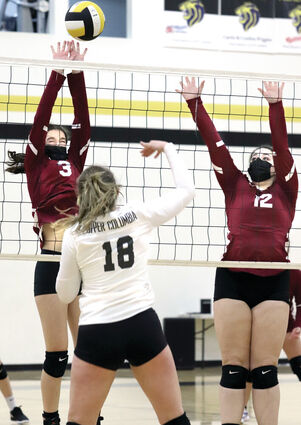 It was the first game for either school since Fall 2019, as the season has been delayed by the COVID-19 pandemic.

Kendall Little had 10 digs and two blocks for Reardan, while Emma Flaa had six assists and three kills. Coalie Whitman added three aces for the In...