Reardan spurts past Davenport for first win of the season 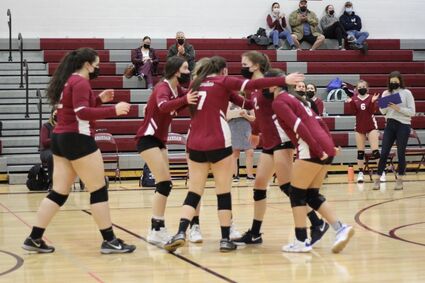 Reardan comes together after scoring a point during Tuesday's win over Davenport.

Reardan improved to 1-4, while Davenport fell to the same record.

“Hopefully this is a really big confidence booster,” Reardan coach Katie Hoffman said. “It’s a really good win, so hopefully we can continue to build on it.”

The Indians jumped out to a 5-1 lead in the first set, but Davenport regrouped and held on for the first set...