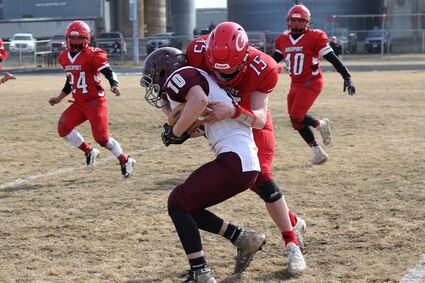 DAVENPORT – While their first half included coughing up two fumbles, Reardan’s offense got going against Davenport when junior Cody Sprecher took a backwards pass 78 yards to the house with five minutes left in the first quarter. It was one of Sprecher’s two touchdowns as Reardan (2-0) dusted off Davenport (0-2) 24-7 Saturday, March 6.

It was the Indians’ fifth straight victory over the Gorillas.