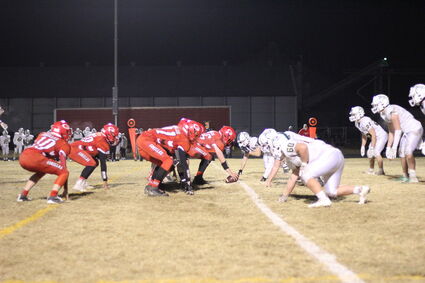 The Davenport and NWC lines prepare to converge in the trenches.

DAVENPORT--After Northwest Christian (Colbert) scored on its opening drive, the Davenport defense didn't look back, pitching a shut out the rest of the way while the Gorilla offense got rolling with three rushing touchdowns. It lead to Davenport's first win of the season over the Crusaders 23-13.

Look for more on tonight's game in next week's issue of The Times.