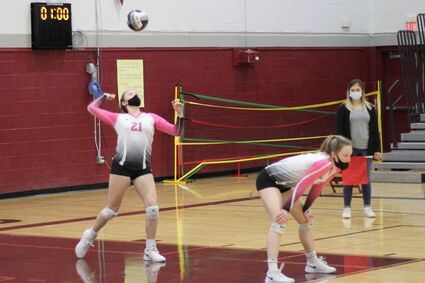 REARDAN--The Indians battled for a couple sets, but it was the favored Lind-Ritzville/Sprague Broncos that came away with a three-set win (25-23, 25-19, 25-14) in Reardan Thursday, March 18.

Reardan fell to 2-6 with the loss.

The first set was a battle and was tied at 23 apiece, but LRS scored two straight. Reardan built an 11-7 lead in the second set, which eventually became a back-and-forth affair that was tied 15-15. Then, LRS pulled away for the 25-19 set win. The Broncos convincingly dusted off the Indians in the final set.

Taylor Galbreath had 12 assists and five aces for LRS. Ameli...