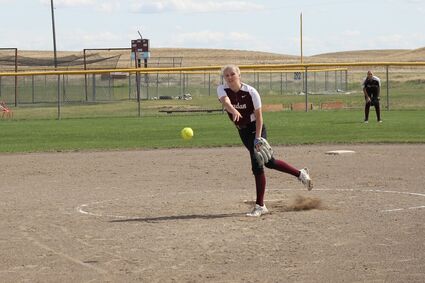 REARDAN-What do you call a girl who throws a no-hitter, tosses 11 shutout innings, strikes out 17 batters and drives in seven runs in a doubleheader? The Reardan Indians' answer to that question was pitcher A.J. Sosky Tuesday, April 28. The righty dominated the Davenport Gorillas, helping the Indians to a doubleheader sweep by scores of 11-0 and 13-3.

Sosky's no-hitter came in the first game, which Reardan took control of early with six first inning runs. Sosky struck out 10 batters and allowed just two base runners, both on walks.

"What was working for me (on the mound) was mainly my dro...