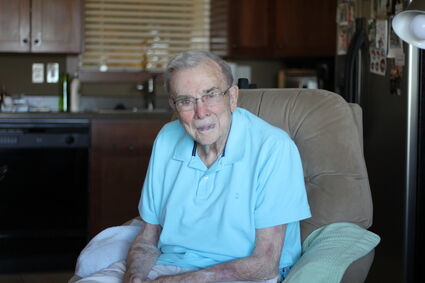 World War II veteran and long-time Davenport local Joe Lilje remembers his service and his career as the owner of Davenport Auto.

DAVENPORT – Joe Lilje had completed his Naval flight training and was ready to serve in the Pacific flying planes onto aircraft carriers in 1945. A month later, however, Japan surrendered after the United States dropped two atomic bombs on Hiroshima and Nagasaki, and the war was over.

That's not the story Lilje prefers to tell, however.

"My story is that the enemy got word that I was ready to join the fleet and they surrendered," Lilje said.

The 98-year-old Davenport local who has lived here since 1951 was born in Newport, WA in 1923. His father was a rural mail carrier, and his mother w...