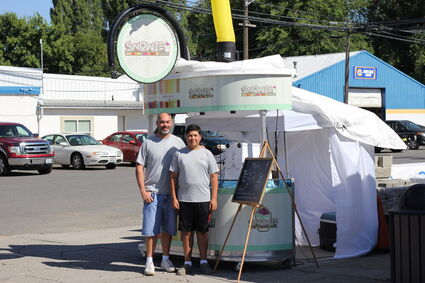 DAVENPORT-On the weekends, locals here may notice a new snow cone stand next to Hardy Hardware at the corner of Eighth and Morgan Streets. That stand is called Davenport Shaved Ice, and it is run by James Nealey and his 14-year-old stepson, Jaydon Otero.

Nealey's family moved here from Spokane Valley in 2019. He went to College of Western of Idaho and graduated with an associate's business degree in 2016. He went to school after serving in the Army from 2006-10 before he became legally blind in 2010.

Due to his loss of sight, Nealey has been on...