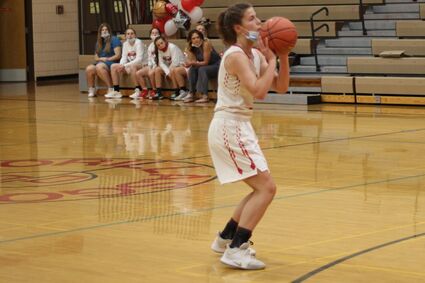 Darby Soliday takes aim from three. She made First Team All-NE2B this year.

DAVENPORT – Two Gorillas are representing their school as all-NE2B First Team selections. Sophomore Tennesee Rainwater is on the first team for the boys, while senior Darby Soliday wrapped up an accomplished Davenport athletics career with a First Team nomination for the girls.