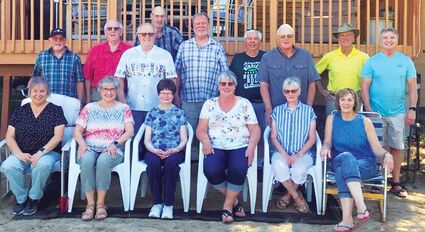 ODESSA – Although the Odessa High School Alumni Association canceled its annual banquet for the second consecutive year in 2021, the members of the class of 1971 were unwilling to let the occasion pass by without the opportunity to gather and catch up with one another. Paul and Kerry Scheller of Odessa hosted their classmates at their home in late June.