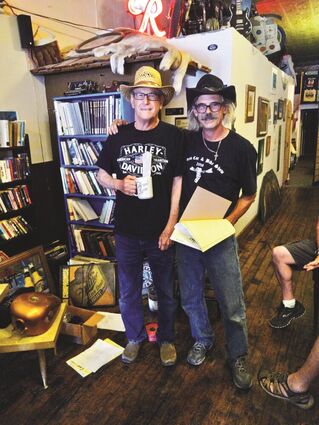 Pat Gies of Odessa receives a first-place award in the truck division from the car, truck and bike show's sponsor Nate Lathrop of Rolling Thunder Pizza.