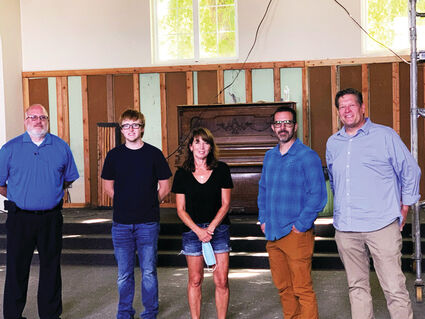 ODESSA – Six weeks ago, Odessa learned it was the recipient of a $68,000 grant to make the Old Town Hall a safer and more functional space for Odessa's senior citizens, as well as for the Odessa community as a whole. The Old Town Hall Rejuvenation Society, teamed now with the Odessa Historical Society, has worked for nearly a decade to make improvements to the building. The Odessa High School chapter of FBLA joined in to help raise funding for these efforts, beginning with an appeal to current and former Odessa residents to donate funds that resulted in the installation of new windows thr...