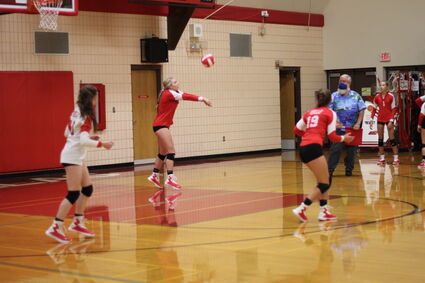 The first set was back and forth as Davenport erased an early deficit, but LRS held on to win 27-25. Davenport got its revenge with a 25-19 second set win, but LRS took the match lead with a 25-18 third set victory.

Davenport evened the match again in the fourth set 25-18 to force a decisive fifth set, which LRS won convincingly 15-8.

Despite the loss, head coa...