Gorillas are No. 7 in WIAA RPI rankings 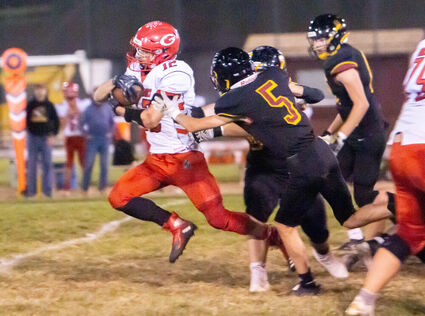 COULEE DAM-The Gorillas may have leveled up for their lone nonconference game after scheduling Lake Roosevelt, the No. 10 ranked 2B school in the state AP poll, once Oroville cancelled the previously scheduled matchup with Davenport. But the final result didn't show that, as Davenport traveled to Coulee Dam and routed the Lake Roosevelt Raiders 28-8 Thursday, Sept. 23.

The first half was evenly matched. Davenport took an 8-0 lead on a 5-yard touchdown run by senior fullback Sam Schneider and two-point conversion run by sophomore quarterback Evan Gunning. Lake Roosevelt tied the game on a 7...