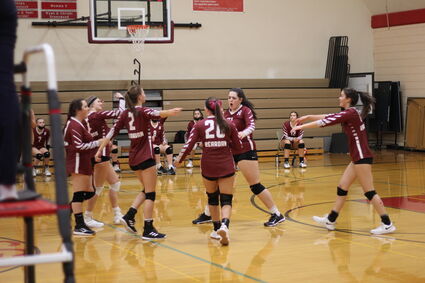 DAVENPORT-The Gorillas came into Wednesday night's matchup looking for its second NE2B win in as many nights, but it was the rival visitors from Reardan that earned its first league win this season. Reardan knocked off Davenport in four sets (25-11, 25-16, 22-25, 25-18) Sept. 29.

Reardan improved to 4-3 overall and got its first NE2B win this season in four tries. The team's previous three losses all came over nonleague opponents.

Davenport, meanwhile, fell to 1-5 after earning its first win of the season by sweeping St. George's Tuesday night.

Reardan came out with its guns blazing Wedn...