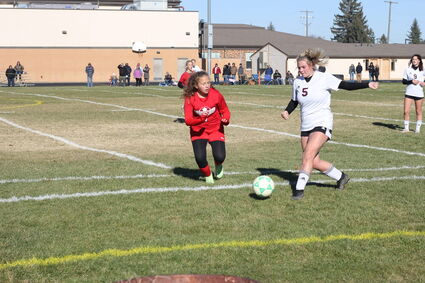 SPOKANE--Three days after knocking its rival Davenport out of the NE2B playoffs, the Reardan soccer team came up one game short of winning a league title in the program's sophomore campaign. St. George's took the league crown by defeating Reardan 3-0 on a mild Tuesday afternoon Nov. 2.

St. George's and Reardan battled back and forth for the first 15 minutes, but no goals were scored. St. George's then struck first in the 14th minute and took a 1-0 lead into halftime after senior Ayden Krupke's potential game-tying goal sailed barely left of the goal.

Reardan turned up the offensive attack...