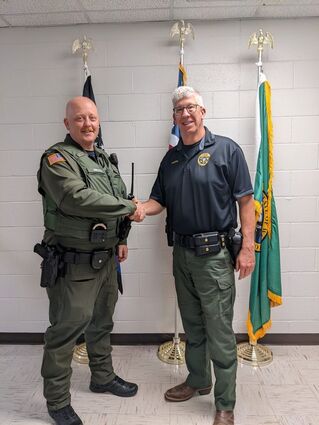 Hudspeth graduated from Reardan High School, where he played football and basketball and participated in track and field.

"I spent many summers in Wilbur working harvest as well as working on my family's large cattle ranch, which we still own and operate," Hudspeth wrote in a post to the Sheriff's Office Facebook page.

Hudspeth enlisted in the Army after high school and completed five deployments in the Middle East, including Afghanistan and Iraq. He was part of the B Company Se...