Local schools recognize those who have served 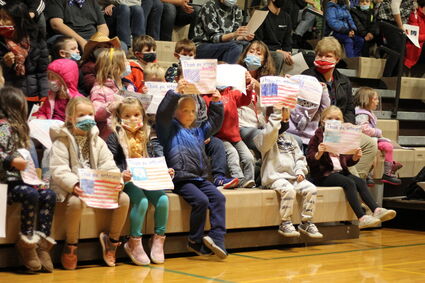 DAVENPORT-Local schools used the morning of Wednesday, Nov. 10 to hold Veteran's Day assemblies to recognize and remember military members who have served the United States.

In Davenport, a short 30-minute assembly featured the playing of the national anthem and the high school choir's rendition of "America the Beautiful," both directed by Rob Harper.

John Doyle, a 10-year veteran of the United States Navy, spoke to students about his time in service and why it's important to remember those who served or are presently serving.

"I've circumnavigated the globe. I've been in Europe, Africa...