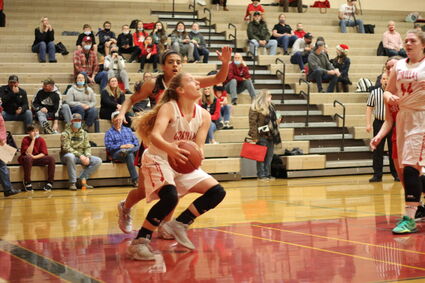 DAVENPORT-The Liberty Lancer girls are the No. 5 ranked 2B team in the state, and sophomore point guard Teagan Colvin has a "90" rating out of 100 on ESPN.com. Both of those facts were plainly obvious Tuesday, as Liberty came into Davenport and had no trouble with the Gorillas while earning a 55-25 victory.

The Lancers jumped out to a quick 16-4 lead after a quarter, and built that lead to 31-10 at halftime. Davenport scored first in the second half, but Liberty led 51-19 after three quarters before pulling all its starters for the final frame.

Davenport was able to hold Liberty to 32% sh...