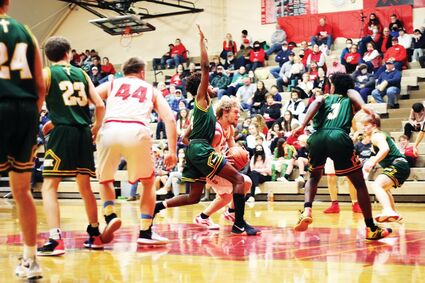 DAVENPORT – Some nights, the Gorillas look to have balanced scoring attacks. Other nights, they feed the hot shooting hand of Brenick Soliday. And other nights, they simply put the ball in the hands of their best player, Tennessee Rainwater, and ask him to go score points.

The latter was true against Northwest Christian, as Rainwater scored 32 of Davenport's 62 points in a 62-49 win Friday, Dec. 17.

Davenport took control early, as Rainwater knocked down a three-pointer and got to the rim for scores several times. The Gorillas led 17-8 after a quarter.