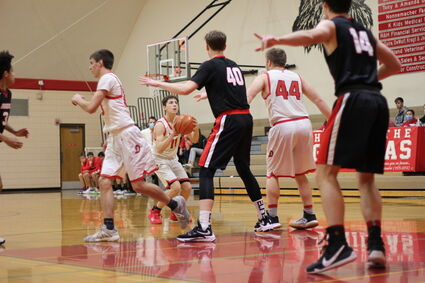 DAVENPORT-An offensive showcase, Tuesday's game was not. But the Gorilla boys managed to score a couple more baskets than the visiting St. George's Dragons en route to a gritty, sloppy 45-39 win Jan. 4.

Davenport had its best quarter of the game in the second period, outscoring St. Georg...