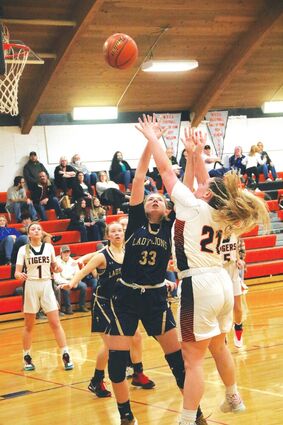 Tori Schlomer is back in action after missing the first part of the season with an injury. The only senior on the team has added depth to an already winning squad.

ODESSA – The only game played last week by the Odessa girls was against Moses Lake Christian Academy. The Tigers overcame the Lions last Wednesday, Jan. 12

Senior Tori Schlomer was released to rejoin the team after a volleyball injury had her sidelined for a couple of months.

Neilsen led the team in rebounds with 10 and Laela Hardung had nine.

Illness prevented the games against Soap Lake from being played last Saturday. The boys played, but the girls' te...