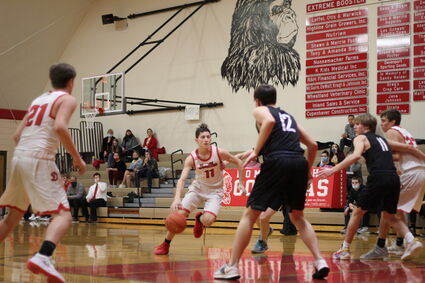 DAVENPORT—The Gorillas’ full-court, three-man pressure was far too much to handle for the Upper Columbia Academy Lions in the second quarter of Tuesday’s Senior Night contest. Davenport outscored UCA 31-2 in the period, taking a 54-16 lead into halftime and forcing a running clock in the second half en route to an easy 83-35 win.

“I’d like to be able to run it (going forward),” Davenport head coach Matt Henry said of his team’s full-court press. “We have too much length and speed that I think we can utilize it in that sort of way.”

The win was Davenport’s fifth straight...