Tigers return to the field 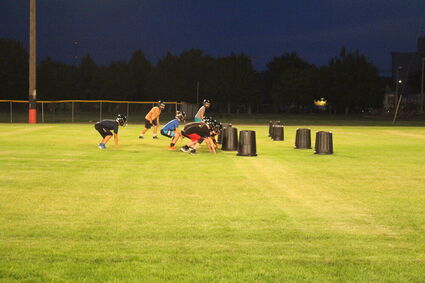 Odessa Tigers getting ready for another exciting football season.

ODESSA- The Tigers return to the football field after injuries to four players started the halt in their championship year.

Coach Jeff Nelson says the team is looking good, but they had work to do.

They were on their third practice of the season.

"There is either a ton of experience or no experience," Nelson said. "We are trying to bridge that gap."

Due to the heat the practices have been held at nighttime in the cooler hours...