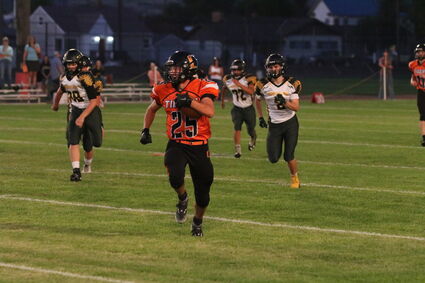 ODESSA- The Tigers, largely considered a state title favorite this season, met the Liberty Bell Mountain Lions in their first game of the season during a sunny Friday evening Sept. 2 and came away with a 42-22 victory.

The Tigers defeated the Mountain Lions in the 2021 State 1B quarter finals 62-22.

Both teams brought impressive energy to the gridiron Friday night.

Liberty Bell, ranked No. 10 by ScoreBook Live coming into the game came to play. Their defense and offense held their own against the Tigers despite falling behind early.