Odessa comes back with a win against Valley Christian 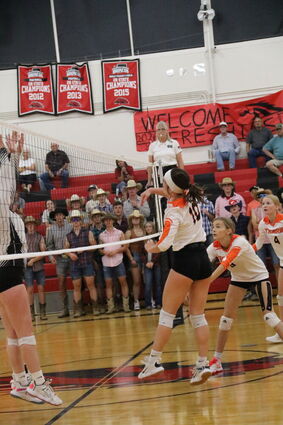 Laela Hardung completes a hit to the ball during the Odessa vs. LRS game on Thursday, Sept. 8.

Odessa opened with a powerful defense in the first set despite losing with a score of 20-25.

The back and forth with LRS was impressive for a 1B team competing against a larger 2B team.

LRS dominated in the second set with a score of 10-25.

Odessa came back with a win in the third set with a score of 25-18.