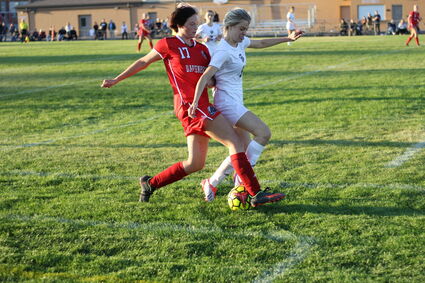 DAVENPORT-The Upper Columbia Academy Lions are a new addition to the NE2B girl's soccer league that consists of six teams this fall. The Gorillas made sure the Lions got a harsh welcome to the league Tuesday, shutting out UCA 7-0 in Davenport's league home opener Sept. 20.

Davenport has started the season 3-0 with previous wins over Medical Lake and Tonasket.

Freshman Glenna Soliday got the scoring going early and often Tuesday, scoring three goals in the first 20 minutes. Soliday would finish with four of Davenport's seven goals against UCA.