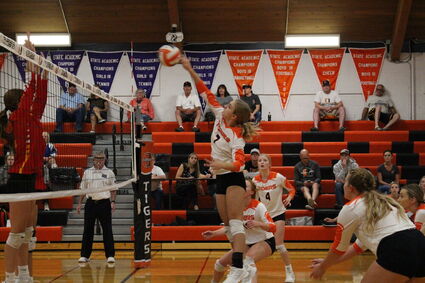 The Eagles had a combined total of 68 digs for the match and a total of 33 kills.