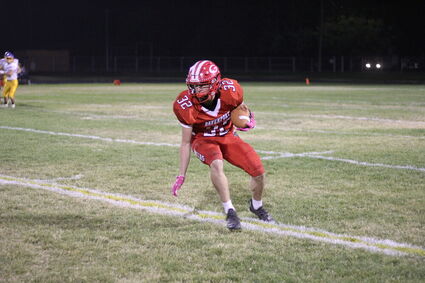 DAVENPORT—Before this season, now-former head coach Justin Young promised that the Gorillas would be leaning on quarterback Jaeger Jacobsen’s passing ability more heavily this season. While the passing game was more prominent in the season’s first five games than it had been in years prior, it was the first game under new leadership that Jacobsen’s right arm was the biggest key to Davenport’s victory.

Davenport built a big lead and held on to beat the Colfax Bulldogs 42-24 in the first game after Young’s resignation Friday, Oct. 14.