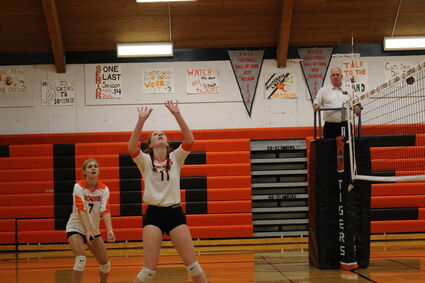 Hayden Schuh sets the ball for a teammate during the Lady Tigers match against Wellpinit on Saturday, Oct. 29.

ODESSA–The Tigers swept Wellpinit during their last home match of the season on Saturday, Oct. 29.