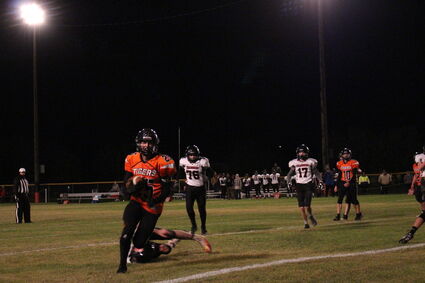 Gage Starkel scores a touchdown in the game against Mary Walker on Friday, Nov. 4. Starkel scored four touchdowns during the game.

ODESSA-The Tigers beat the Mary Walker Chargers 62-26 in a district playoff game to qualify for the state playoffs on Friday, Nov. 4.

The wind had both teams fighting the elements during passes and the field was slick from earlier rain.