Rob Harper has seen it all 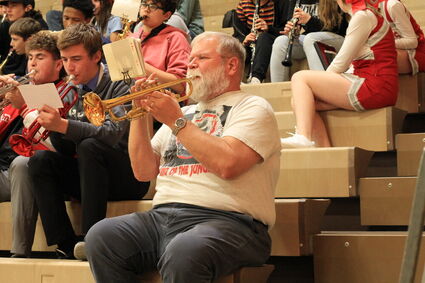 DAVENPORT-One day, he's conducting elementary schoolers through their annual Christmas concert. Another, he's stirring up the crowd while announcing an ASB wrestling meet. Later that day, he leads the high school pep band for a rivalry basketball game.

Such is the life of Rob Harper, a longtime teacher and coach here who has seen many students but remained a steadfast pillar of the school and community.

"You talk about someone who has been here the longest and seen it all, that would be Rob Harper," superintendent Chad Prewitt said.