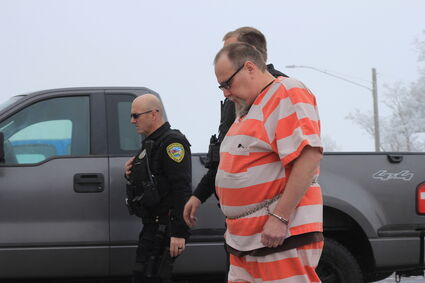 DAVENPORT-A Moses Lake man charged with the murder of his wife entered a not-guilty plea in Lincoln County Superior Court Tuesday. Charles R. Bergman, 54, appeared in court Dec. 13 after he was extradited by the U.S. Marshals back here last week.

Bergman is charged with first-degree murder after the body of his wife, 53-year-old Theresa Bergman, was found 12 miles northwest of Sprague off Stolp Road Thursday, Sept. 22 after the pair had been reported as missing persons in Grant County.

Charles Bergman was arrested in Pennsylvania and waived his extradition Oct. 4.

He appeared before Sup...