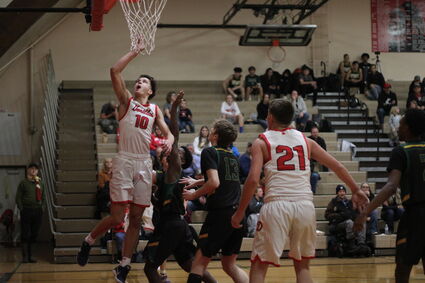 DAVENPORT–The Gorilla boys basketball team showed off its explosive offense in a 75-28 victory over Northwest Christian in an NE2B contest on Dec. 9.

The Crusaders were no match for Tennessee Rainwater who scored 25 points, and his supporting cast, Evan Gunning and Cash Colbert who scored 14 and 10 points, respectively. The trio bullied the Crusaders by scoring 32 of the team's points inside the paint, close to the basket.

Davenport made 25 field goals for the game compared to nine by NWC. In a...