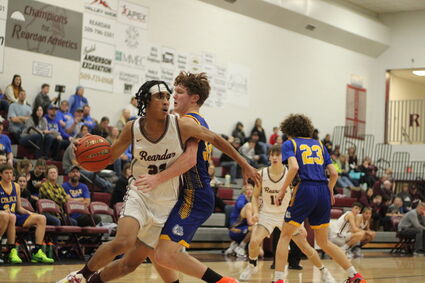 REARDAN-The Screaming Eagles faced another tough matchup when Colfax, boasting a 10-1 record, came to town. The Bulldogs, led by Adrik Jenkin, pulled away late in the game to win 64-52 on Friday, Jan. 6.

Behind the scoring of Jakari Singleton and Tristin McCrea, Reardan jumped out to a 13-9 lead at the end of the first quarter.

The teams traded buckets in the second quarter, which featured a duel between Colfax's Seth Lustig and Reardan's Logan Flaa, who each hit crucial shots from the field. Each player scored 11 first half points. Colfax went into the locker room leading 30-28.