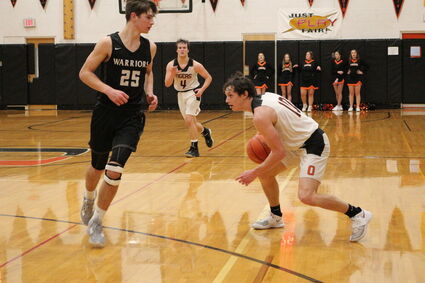 ODESSA-The Tiger boys suffered two very narrow losses in the last week, with the first being against the Almira-Coulee-Hartline Warriors 47-44 Friday, Jan. 6.

The Warriors scored nine points in the first four minutes of gameplay, while the Tigers scored four.

The Tigers were aggressive with defense but had trouble making easy baskets.

The Tigers caught their second wind halfway through the second quarter and scored 12 more points to ACH's eight.