Junior-high boys on track for an undefeated season 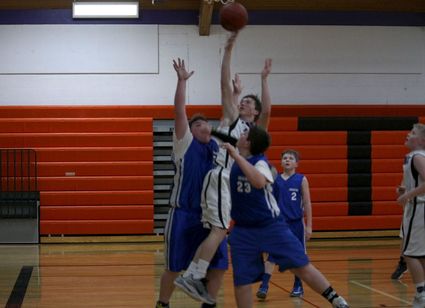 Eighth-grader Pilot Weishaar gets off the shot in a junior-high varsity game against Wilbur-Creston played in Odessa on January 23.

The season is off to a great start this year, with 24 boys on the team. Both the varsity and JV are undefeated so far this season. "The athletes are showing improvement and working hard and it shows when they are competing in the games," said head coach Dalles Deife. "The team runs a fa...